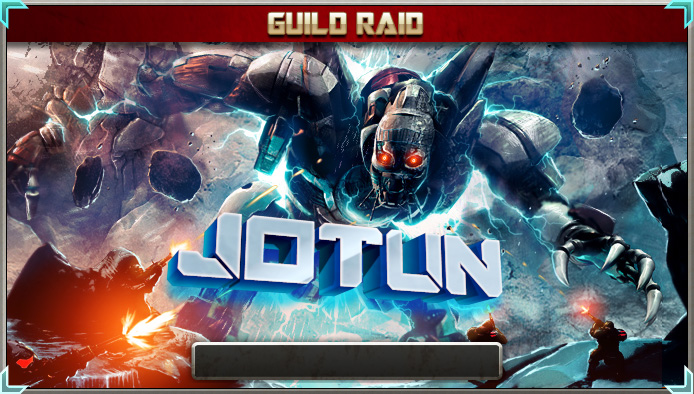 The Jotun Raid was the second Raid in Tyrant Unleashed and ran from September 12th, 2014 to September 15th.

Guilds had 8 hours to defeat each level before level/health reset. Level 1 boss started with 15k health.

The Sentinel capable of destroying Acheron. It awakens from its slumber more powerful than ever.

Retrieved from "https://tyrantunleashed.fandom.com/wiki/Jotun_Raid?oldid=53385"
Community content is available under CC-BY-SA unless otherwise noted.